Seeing blood in or around the teeth and gums, or on the toothbrush, could be pretty scary for some people. Others might think it’s “no big deal.” Which reaction is right?

The truth is: bleeding gums is a sign of a problem. The problem could be serious or it could be temporary; the cause of the bleeding gums makes a big difference. 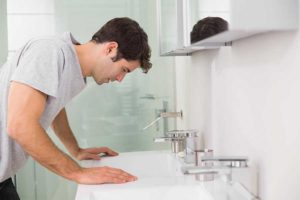 Daily brushing and flossing, and regular dental checkups and cleanings can help you avoid these problems and keep your gums healthy and pink. But when problems such as bleeding do occur, the sooner you see our Scottsdale, AZ, dentist, the easier, and less expensive, it will be to correct the problem. Left uncorrected, you could experience more serious damage requiring restorative or cosmetic dentistry to correct. Some of these procedures may be more painful, so Dr. Rick provides sedation dentistry to reduce the pain and make you comfortable.

Dr. Rick Dentistry, in Scottsdale, AZ, sees patients with bleeding gums frequently and can determine whether the problem is temporary or more serious.